First ever YMCA DownsLink Challenge: We did it! 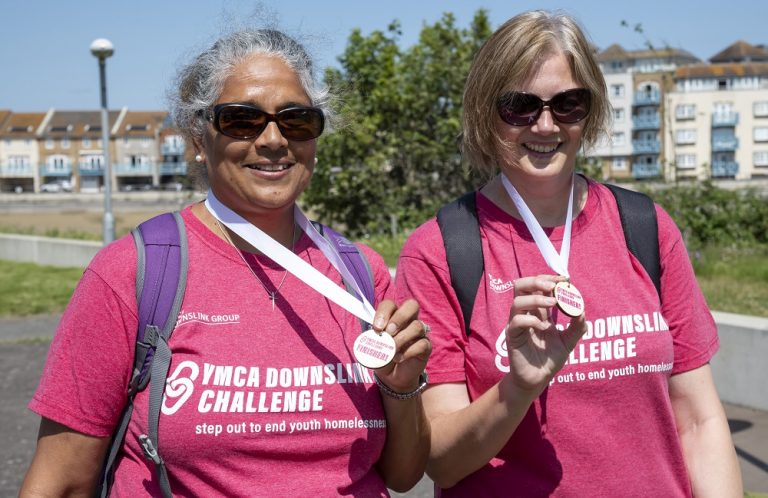 On a roasting hot day (Saturday 17th July), over 100 participants took on the DownsLink Challenge and walked or ran 16 miles between Horsham and Shoreham (or in their own space) to help put homeless young people back on the path to independence. Collectively, they have so far raised over £16,000!

The ‘Challenge’ element of the YMCA DownsLink Challenge really came to pass with the sun beating down, but our participants took it in their strides (literally) with lots of smiley faces and high fives at the start of the route.

16 miles later and the smiles were still there – although slightly wearier! We were joined on the day by four dogs, our youngest participant (8 years old and still full of beans at the end!) and an ex-resident with the support worker he said changed his life while he was in supported accommodation.

We were delighted to have several corporate teams taking part, including Oban International, iCrossing, West and Berry Accountants, Lobster Recruitment and JACE training. Many more supported us in other ways and we’d like to thank The Old Railway Henfield, The Adur Centre in Shoreham, ASDA Brighton Marina, Imogen’s Aesthetics, Bird & Blend tea and Artivan (who supported through having ice creams and cold drinks at the ready at the end of the route!).

One of our YMCA DownsLink Challenge participants was Geordie, a night support worker from one of our 24/7 supported accommodation projects YMCA Guildford Foyer who said he had ‘the best job in the world looking after UASC [unaccompanied asylum seeking children] young people’ – huge well done to you Geordie!

Another amazing story from the day is Alice’s.  Alice lived with at YMCA DownsLink Group’s Horsham Foyer, 24-hour supported accommodation, when she was just 17 years old. Thanks to being given a stable home and support to get back into education and training she is now a youth advice worker for the charity and is studying for a Masters in social work. She ran the 16 miles in an amazingly quick time of just 2:45:03 and has raised £500 for the charity in the process.

Some of our residents also helped all along the way,  giving out medals and water at the end and giving our participants a much needed morale boost halfway in Henfield. It was lovely to connect our young people with our supporters and members of the wider community.

Have a look at all the pictures from the day on FACEBOOK or get a sneak peek below.

If you’d like to support our work to transform the lives of young people facing homelessness DONATE  HERE. Or, if you would like to offer longer-term support, consider becoming a ROOM SPONSOR and give a vulnerable young person in your community the chance of a brighter future.