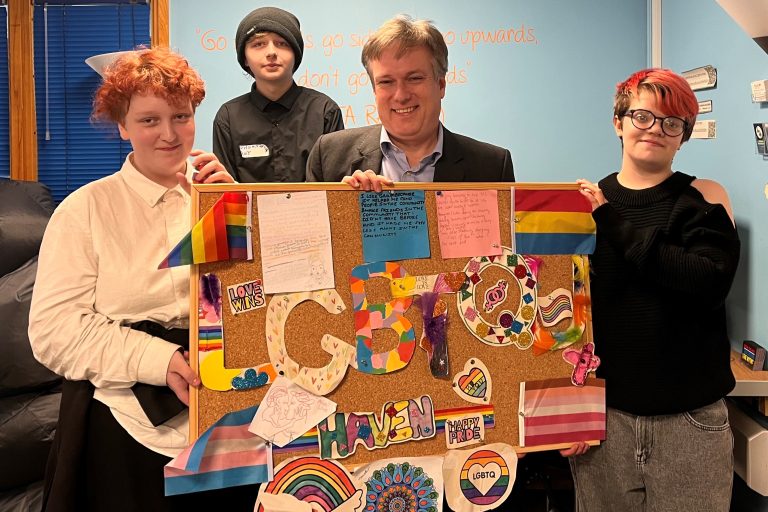 Young people from our LGBTQU+ Haven project in Crawley recently met MP Henry Smith to help him understand the challenges they face every day and why they need his help to promote the rights of LGBTQU+ people.

In June 2022, our young people were asked to write postcards to their local MP by Katie Vincent, the CEO of Allsorts Youth Project (the commissioned LGBT+ service for Sussex). We realised it was a great opportunity to give our young people 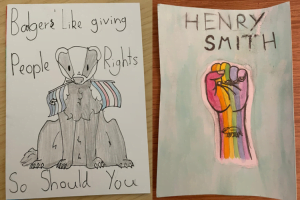 the chance to think about how they could get involved with the democratic process and get their voices heard on the issues directly impacting them. The young people looked at Henry Smith’s voting record on ‘theyworkforyou.com’; they were frustrated to see that Henry appeared to always vote in favour of animal rights but generally voted against or abstained from granting LGBTQU+ rights. Click here to read more about this.

We sent their postcards to Henry Smith and shared them on social media to try and get Henry’s attention.

Young people from our #LGBTQU+ Haven group #Crawley sent these creative postcards to local MP @HenrySmithUK asking him to protect their human rights. They’ve invited him to meet them to hear why he should stand up for #LGBTQ+ rights in parliament.https://t.co/Q13yxw5NvL pic.twitter.com/7aHwvbiOtZ

Henry was impressed by the young people’s hard work and agreed to come and meet them at a special LGBTQU+ Haven session on the 22nd September.

We started the session just like any other LGBTQU+ Haven Session, by asking everyone to introduce themselves with their names and pronouns. It was great that Henry was quite happy to do this and understood that this was part of being an ‘ally’ to the LGBTQU+ community. To help relax everyone we also did an icebreaker activity and got to find out what everyone’s dream ice-creams were (chocolate fudge with caramel sauce and rainbow sprinkles seemed to be a favourite). Again, Henry’s willingness to get involved helped everyone feel comfortable and was really appreciated by the young people. 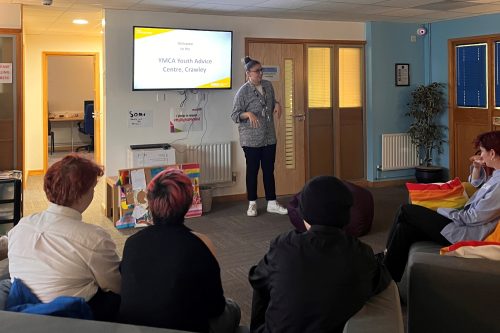 Henry got to hear first-hand from all of our young people about their experiences of being LGBTQU+ in Crawley. They spoke articulately about the challenges and discrimination they face every day, from abuse when simply walking around town, to being bullied at school.

One young person spoke about their excitement in being able to attend the first Crawley Pride, but, how they felt like a target once they left the parade. They all talked about how being able to come to the LGBTQU+ Haven at the YAC had helped them. From being able to socialise in a ‘safe space’ where they could just ‘be themselves’, to seeing the staff and volunteers as positive role models.

They were also able to talk about why LGBTQU+ rights matter and ask him lots of questions about what he would do to stand up for their rights. He was responsive to their arguments and even agreed to support Crawley Pride next year, either by attending or recording a video of support!

We were also able to talk to Henry about the ‘Fund The Hubs’ campaign which is about providing adequate funding for early help and support for young people in centres (hubs) like the YMCA Youth and Advice Centre (YAC) in Crawley. Henry was impressed by the support services on offer in YAC and offered to lend his support for the ‘Fund the Hubs’ campaign in parliament. 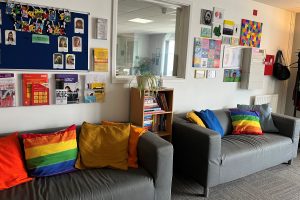 It was a positive meeting and the young people felt heard. Creating opportunities like this for politicians to understand what it is like to be LGBTQU+ is so important when you consider the statistics around hate crime. Recent Galop research showed that hate crime was up by almost a third last year, with a 41% increase in hate crime directed against LGB people and a 56% increase in transphobic hate crimes.

With these horrendous statistics in mind, it’s more important than ever that we support our LGBTQU+ young people, colleagues and wider community members by standing up to hate and discrimination and showing our allyship through our words and our actions.

Well done to Eli who has worked tirelessly to get LGBTQU+ young people in Crawley the safe spaces and support they need. She’s also been instrumental in getting a PRIDE event in Crawley.