A Call to Action from LGBTQU+ Youth in Crawley

Our young people from the LGBTQU+ Haven in Crawley recently wrote to their local MP calling him to take action to protect the human rights of LGBTQU+ people. Eli Adie, West Sussex Youth Hub Development Manager, tells us more below.

At the start of June 2022, we were asked to get our young people to write postcards to the Prime Minister and their local MP by Katie Vincent, the CEO of Allsorts Youth Project (the commissioned LGBT+ service for Sussex). The team at the LGBTQU+ Haven in Crawley saw this as a great opportunity to give our young people the chance to think about how they could get involved with the democratic process and get their voices heard on issues directly impacting on them. 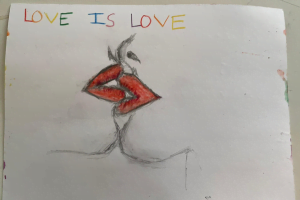 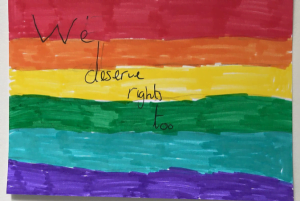 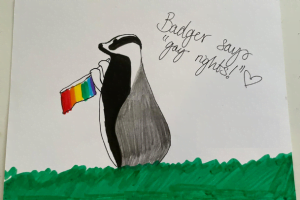 We asked the young people to use their own words to talk about the action they wanted to see the government take to protect the human rights of LGBTQ+ people, but especially trans people following a horrendous few weeks of anti-trans news in the lead up to June 2022 (Pride Month).

We have sent the postcards and messages to Henry Smith MP directly via email and have invited him to come and meet some of our young people and their parent / guardians, so that he can hear directly from them about why he should stand up for LGBT+ rights in parliament. We will also be publishing this open letter to support this call to action: Open letter to MP Henry Smith about LGBTQU+ rights

If you would like to find out more about the LGBTQU+ Haven Youth Project in Crawley, visit this page on our website:  YAC (Youth Advice Centre) – Crawley – YMCA DownsLink Group (ymcadlg.org)