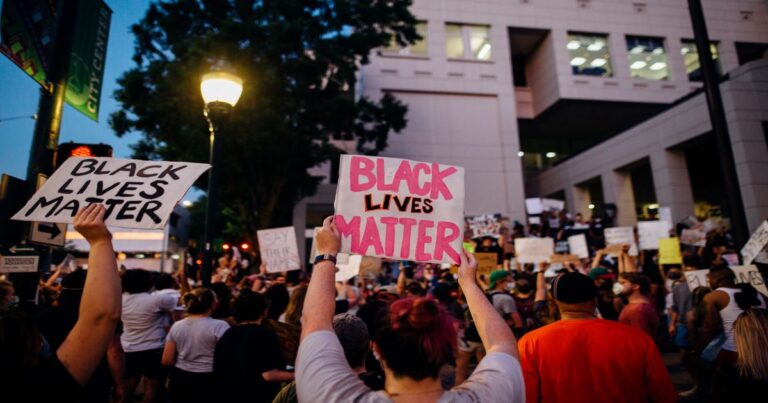 “The death of George Floyd in Minneapolis on the 25th May shook the world. To die as the result of police brutality simply because of the colour of your skin is unacceptable. George Floyd’s death has sparked the response it has because it’s a blatant and public example of the deep-rooted racial discrimination that members of the black community routinely face. It is easy to think of this appalling event as a problem that exists elsewhere but for so many young people in this country, they face a daily battle against racism – casual, systemic and targeted. Speaking out against discrimination has come to feel pointless. For them, nothing has changed and nothing will change.

This moment feels different. I have been struck by the sheer numbers of young people coming together; people of all races standing side by side to protest for their rights and to stand against inequality. It is a fight that we must all be part of.”

As part of the national YMCA federation we stand alongside the call for action on racism, as expressed so eloquently by Denise Hatten. As an organisation that stands up for young people, particularly those marginalised in our society, we believe fundamentally in equality of opportunity, and, the right for everyone to live within our communities without fear or discrimination.

As an organisation we’ve been challenged over our response to Black Lives Matter. Perhaps, because of our core value of inclusiveness, we were slow to recognise that this moment calls for a clear acknowledgement of the racism and systemic discrimination experienced by black people, not just in America, but here too. It is also a moment to recognise that we have work to do in addressing the continuing racial inequality within society.

As a leading voice in the charity sector, we need to start an honest conversation around systemic racism, across the sector, but also internally.  We need to ask ourselves the questions: What more do we need to do to support and promote racial equality in our YMCA? What more do we need to do to ensure our services are accessible and reflect the needs of BAME groups in our local communities? And, how can we be a positive force for change in our society?

It is essential that we embark on an authentic process, because this isn’t a simple issue and we won’t solve it over night, but through a genuine commitment to learning and change. It is important we listen to those from BAME groups in our staff and volunteer teams, service user groups and communities to build a much better understanding of how they experience the world, and in particular, where and how they encounter racism and discrimination.

As the start of that process our staff have recommended books and some recent reports as a good starting point:

We would like to acknowledge the contribution of staff and young people to our stand on Black Lives Matter.