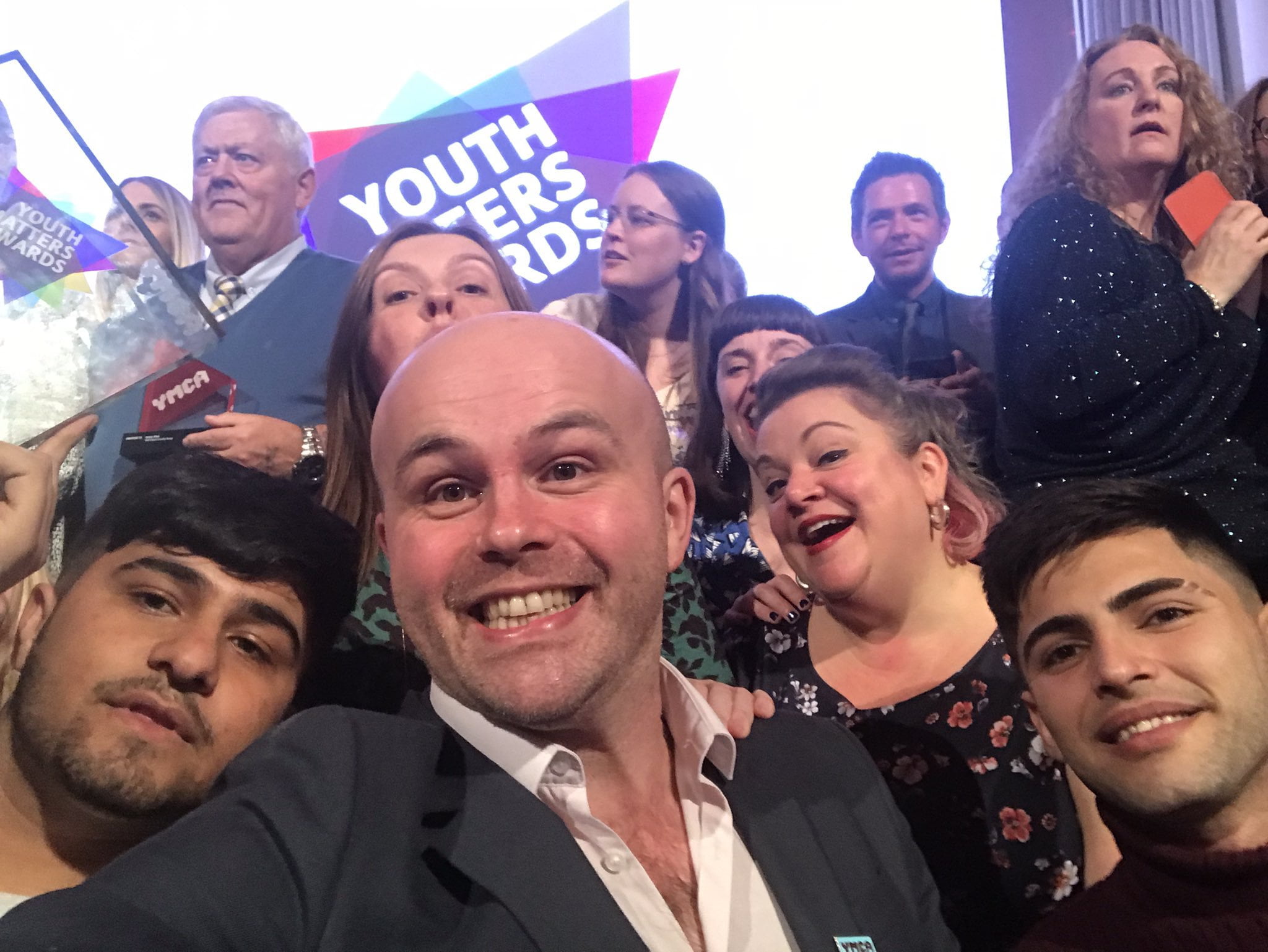 Staff, volunteers, and residents from YMCA Guildford Foyer, part of YMCA Downslink Group, are celebrating after being named cream of the crop at the YMCA Youth Matters awards ceremony held on Friday 8 November.

The YMCA Diversity Award recognises YMCAs that have actively encouraged and/or promoted diversity across either age, race, gender, sexual orientation, religion or disability.

YMCA Guildford Foyer triumphed over strong competition from other projects across England and Wales during shortlisting, a public vote and a final decision by judges. It was praised for its achievements in securing housing for unaccompanied asylum-seeking children and helping them to integrate into society and feel safe. Over the last two years, the project has supported more than 45 UASC, bringing families back together, working with solicitors to achieve asylum claims and developing independent living skills.

“We are overjoyed and excited to have won such a significant award and be recognised for our work championing diversity at our YMCA and supporting some incredible young people transform their own lives.

“Thank you to everyone in the community who supported us; we couldn’t have won without you, it really shows that this group of young people has been accepted into Guildford’s community. We look forward to seeing YMCA Guildford Foyer get even better.”

Youth Matters is YMCA’s national awards programme and has been an integral part of the charity’s calendar since 2009. Awards honouring the exceptional work and practice of YMCAs across England included Young Campaigner of the Year, Young Volunteer of the Year and Best Project of the Year.

The Youth Matters Awards were given out in a glittering ceremony at the exclusive central London venue, 8 Northumberland Avenue, which was hosted by acclaimed broadcaster and TV presenter Nihal Arthanayake.

Congratulations and well done to YMCA Guildford Foyer and to all our amazing winners and finalists! We’re looking forward to more incredible life-changing projects over the coming year.