Sheldon McMullan takes the DownsLink Challenge to the next level 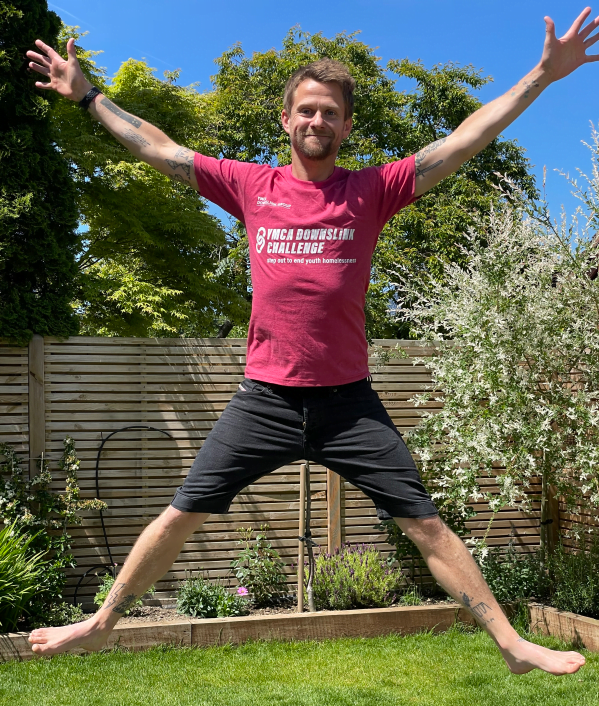 Sheldon, an ultra-marathon runner and our head of operations for West Sussex and Surrey, is taking the DownsLink Challenge to the next level, by running the DownsLink route all the way from Guilford to Shoreham – an incredible 36 miles!

Taking part in an event like the DownsLink Challenge can be daunting, but you really can do it at your own pace, and in your own time – knowing that each step of the way, you’re helping to raise vital funds for young people experiencing homelessness.

We spoke to Sheldon about what inspired him to take on this challenge, and even though most of us will be walking rather than running, we hope this will give you some motivation to get involved!

I’m an avid runner, now. I took it up in 2017, after I’d given up smoking the year before, to stay healthy and lose weight (I was three stone heavier back then). My initial goal was to be able to run a mile without stopping but soon my goals changed to add distance and speed, as I weirdly started to enjoy it! The endorphin high running gives you is amazing, and I feel energised for the day after going out. Running is as much about mental fortitude as it is about physical ability. You need to want to keep going for it to really work. That’s why I like ultra-running, anyone can do it and it’s less about the speed you can do it in and more about celebrating what the human body and spirit is capable of.

Paul Napthine (former Head of Operations for Surrey) and I wanted to run the Downs Link Way last year but unfortunately both had other commitments. This July, I am leaving YMCA DLG and Paul suggested we do it as now was as good a time as ever!

We had the idea that we would run the whole thing and young people and staff could join us at points for as long as they wanted to (or could support us in some way along the route). It’s kind of symbolic as to how we work with young people, so it seemed apt too. The team had formulated this idea of, you know, wouldn’t it be nice if a team of us ran it and young people and staff kind of joined for parts of it to show how young people join us for parts of their journey and then they go and do their own thing. When I pitched it to the West Sussex and Surrey teams, they got on board with the idea immediately.

The reason I am doing it is because I want to raise funds and awareness for the amazing work the housing teams do in supporting young people to achieve their goals, despite the challenges life has thrown at them.

Unless you have ever worked in a 24hr service, you don’t really understand the commitment, passion, and skill that the teams have or how much they give in service of the aspirations of the young people. Crisis doesn’t happen between 9-5, Monday to Friday!

Young people respond so positively to these selfless people who show unconditional positive regard for them and genuinely care about helping them to progress. Running this distance is as much an ode to their ability to endure and succeed in the face of adversity as anything else.

Sheldon had these words of encouragement for anyone thinking of signing up:

Just go for it! The whole point of it is that you go at your own pace and there’s no martials forcing you on, there’s no cut off points. Do it at your own pace, take in the sights and the scenery. I think the best advice is just give it a go. Most of us are blessed with the ability to walk, you don’t need a special skill. You’re not being asked to do anything extraordinary, but when you finish it, you’ll feel extraordinary.

To find out more about the DownsLink Challenge and secure your place, click here.

And to sponsor Sheldon on this incredible challenge, click here.