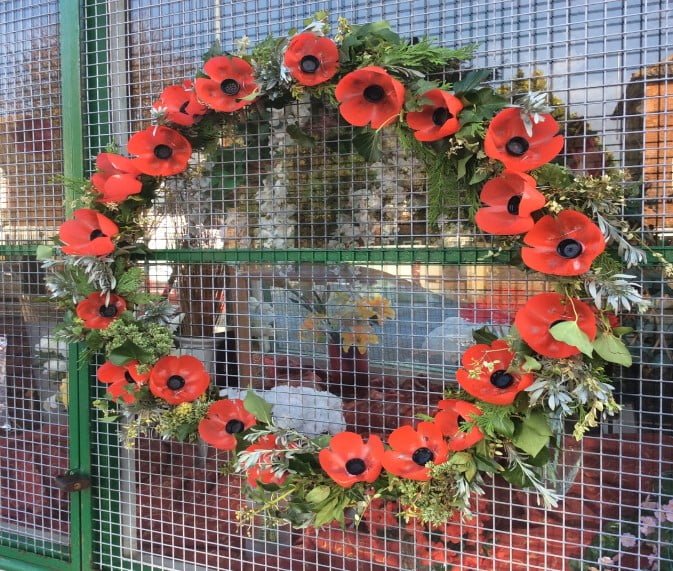 At 11am on 11 November a two minute silence is observed at war memorials and other public spaces across the UK. The silence is meant as a tribute to those who lost their lives fighting for their country.

Residents at McKendrick House, Eastbourne have made wreaths for Remembrance Day. Claire Gordon, our Youth Engagement worker, has been helping residents to make the wreath. This was a joint effort with other young people at Willingdon Trees and Langney Youth Clubs too. The poppies were made from recycled plastic bottles and the foliage was from McKendrick house garden.

On Remembrance Sunday residents from Horsham Y Centre took part in commemorating the day. They recalled stories from their grandparents about being in the war. The residents spoke of the respect they have for the men and women who are in the armed forces and how we should respect veterans. A full service was conducted with a French horn playing in the background.