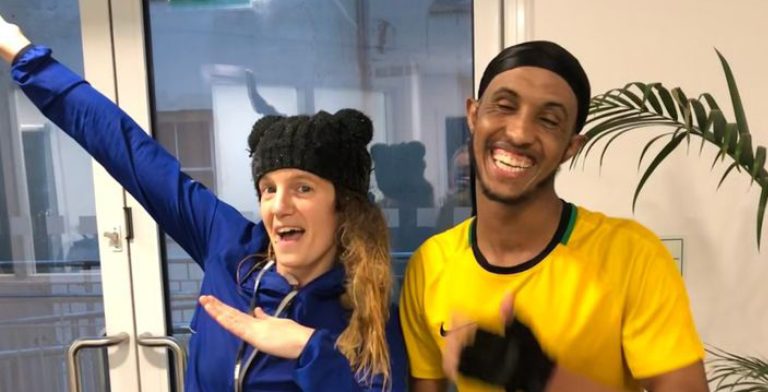 [Update: We’re delighted to report that all three participants completed the event in great time raising much needed money at the same time – CONGRATULATIONS]

On Sunday 20th March, two of our UASC (Unaccompanied Asylum Seeking Children) residents at YMCA Hastings Foyer, will be joining forces with Project Worker Mo Pearce to run the famously challenging route of the Hastings Half Marathon.

Money raised will go towards our new YMCA Hastings Foyer and the YMCA Europe Ukraine Campaign to help those affected by the conflict. You can sponsor Mo here.

Mo tells us more about why she’s taken on the challenge:

Working for the new YMCA Hastings Foyer has already offered me so much, and what better way to give something back than to tackle the mammoth Hastings Half Marathon in an effort to raise funding for our charity.

Now, just one week from the day of the race, I will be joined by, not one, but two of our new residents, both eager to conquer this famously challenging route.

The Hastings Half has been nominated three times as the best half marathon in the UK and 20 March will mark the 38th anniversary of the race. Since 1985, the event has been organised by The Lions Club of Hastings, who stand out within the running world for donating all their profits to deserving local causes. The race attracts up to 5000 competitors every year, not to mention the large crowds that gather to cheer them on and enjoy the live entertainment, carnival atmosphere, and the array of runners in fancy dress. This year will be no exception; long awaited by the local community after both the 2020 and 2021 races were cancelled due to the COVID pandemic.

Running for me has always been a fun and natural way of managing my mental health. Experts claim that running is the most under prescribed treatment for depression and anxiety, despite being proven to be just as effective as contemporary anti-depressants in the treatment of these conditions. There are countless benefits ranging from reduced risk of cardiovascular disease to increased neurogenesis and overall brain function; and best of all, it is entirely free and accessible at any time. There is also a growing body of research which highlights the positive psychological benefits of connecting with nature. Combine both running and nature and you get a potent defence against the many symptoms of depression and anxiety that young people experience today. In completing the Hastings Half marathon and promoting weekly running sessions at the foyer, this is what I hope to transmit to our lovely residents.

Since I mentioned I was doing the race, our resident Eid, has been eager to participate too. Already a keen runner, Eid has approached training with the dedication and grit of an aspiring pro-athlete, hitting the gym every day and pushing his running distances further and further.

Training for me has been an absolute adventure too. As a regular trail runner, I like to stick (quite literally) to long, muddy, bumpy routes, tearing through the countryside with my dog by my side. In preparation for the hilly Hastings Half, we headed down to Dorset during the week of Storm Eunice to almost get blown off a cliff running the coastal path from Durdle Door back to Weymouth – you know, that exhilarating, scary kind of fun.

As training intensified three weeks before the race, Eid and I decided to team up. Eid had asked if I could take him out for longer distanced runs, which I was more than happy to do. We agreed to meet up once a week, come rain or shine, and on the first day, ended up smashing 18km in an hour and a half through the pouring rain. And Eid made it look easy! 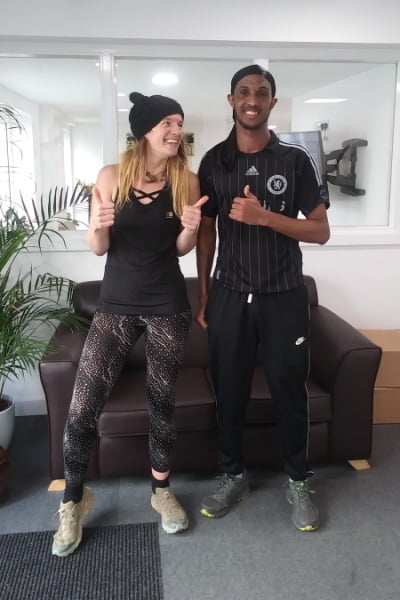 Since then, the weather has thankfully been kind to us, and with the sun, has come renewed confidence. During our last session, we more or less ran the entire half marathon route around Hastings, at quite the pace. Eid, once again, demonstrated the extent of his running capabilities, sprinting the last 3 miles along the seafront to the finish, whilst I plodded along at a more leisurely pace.

On Wednesday, another resident has joined our ranks and fundraising mission, and is looking forward to the big event as much as we are. As word of our plan has spread, more and more of the residents have shown, either an interest in participating, or are keen to come and cheer us on from the side lines. And our biggest cheerleader of all, my manager Kirsten, whose support from the very beginning has really got the ball rolling.

Whatever the outcome, we are sure it will be a RUNDERFUL day!

For those of you keen to get involved and show your support, feel free to join us on the day, or donate here to sponsor our attempt to smash the Hastings Half Marathon. All donations much appreciated.