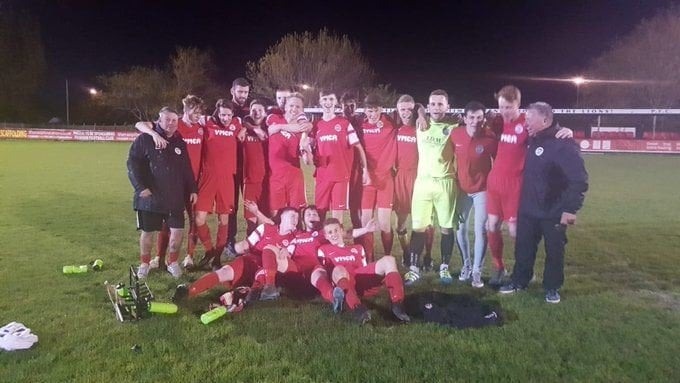 Congratulations to Horsham YMCA FC’s U23s who have clinched the the Southern Combination Football League (SCFL) U23 West Division Title.

The community club is very proud of this squad of local, mostly Horsham based, young men, as well as Dave Jeal, Dan Redman and Mark Pavolvic. The achievement is even more impressive when you remember that the core of the team is last year’s U21 squad, most of whom where eligible to play at U18 level at the time.

Those who had played at the U21 level won the first ever SCFL U21 Cup competition and finished runners-up in the SCFL U21 (West) division a year on. The team has now gone one better to win their division.

Many of the players in this squad now regularly feature in Horsham YMCA’s Senior Squad who are currently placed second in the SCFL Premier Division.

A club spokesman said: “This is a great story of young local, talent being nurtured and encouraged and represents the YMCA ethos in action!”.