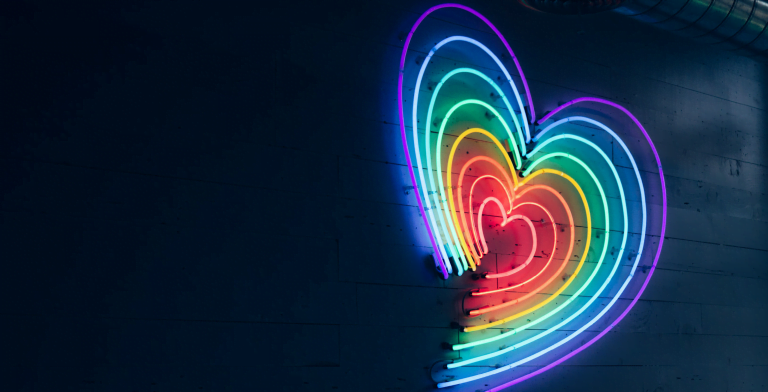 The LGBTQU+ Haven in Crawley was launched in April 2021 and has now been up and running at YMCA YAC in Crawley for just under a year, offering local young people (aged 11-25) access to weekly youth groups, as well as 1:1 support sessions, all facilitated by a dedicated team of LGBTQU+ Youth Workers and Volunteers. The funding for the service was due to end in March 2022 however Crawley Borough Council has awarded extra money to keep the service open until September.

The service was developed by the team at YAC following several years of consultation between local youth organisations and Crawley Borough Council. Young people said they were frustrated about there being no support locally and said travelling to Horsham or Brighton to access support with Allsorts Youth Project (AYP) presented a significant barrier to them accessing support.

Safe spaces like to LGBTQU+ Haven are crucial, as we know that young people who identify as LGBTQU+ are disproportionately affected by homelessness, often caused by violence, abuse, or rejection in the family home, as well as insecure employment and mental health problems (including self-harm and suicide). Safe spaces like the LGBTQU+ Haven offer young people the opportunity to meet other LGBTQU+ young people, staff and volunteers and be their authentic self, reducing isolation, promoting positive mental wellbeing and enabling access to specialist LGBTQU+ and mental health support.

The service was initially launched as 6-month a pilot to evidence need locally, which was made possible by emergency funding from Comic Relief’s LGBT+ COVID Fund, which we were able to access by working in partnership with a local CIC called ‘Crawley LGBT’. We hoped to be able to pass this evidence on to another local organisation, who would be better placed to access funding to run the service sustainably.

The launch of the pilot service came at a crucial period, coinciding with a time where the vulnerability of LGBTQU+ young people in West Sussex was at its peak during COVID. In response to these concerns and in acknowledgement of the success of the project, we were awarded a further 6-months of funding via the WSCC Covid Outreach Management Fund (COMF) to continue supporting the young people engaged by the pilot. This has allowed us to continue supporting the vulnerable young people engaged by the project and has allowed more time for us to build evidence of the significant need for local LGBTQU+ support.

As we approached the end of March 2022, we were preparing to inform the young people involved with the project that the service would be coming to a hiatus, with no further funding identified and no handover established with any local youth organisation. However, after consultation with Crawley Borough Council in early February, we were delighted to be awarded a further £5,000 by the council, allowing us to continue offering 2 group sessions per month (one session each for our Over 16’s and Under 16’s groups) until September 2022.

We are excited that Allsorts Youth Project will begin delivering 1:1 support work from the Youth Advice Centre in Crawley at the start of March 2022 and have already begun promising conversations with AYP about them extending their group work to Crawley over the next year. We are hopeful that we will be able to arrange a handover with them over the next 6-months to ensure that the young people involved with the LGBTQU+ Haven at YAC are able to continue accessing LGBTQU+ Support in Crawley.