My Positive Placements Experience – Expanding my Sphere of Acceptance 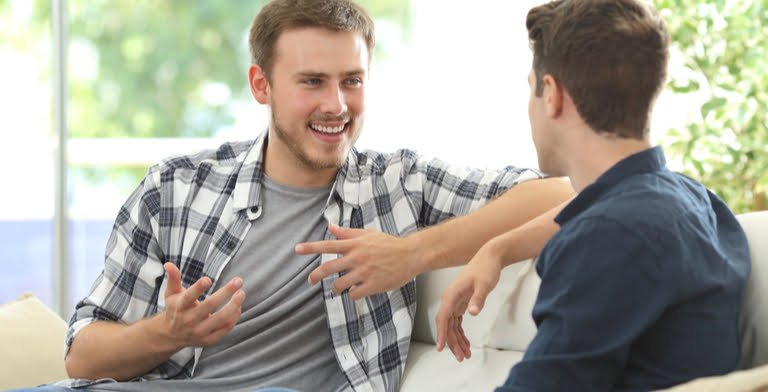 We recently caught up with Scott Hinkle, a Positive Placements mentor, to hear about his experience of volunteering with us…

“I have been a Positive Placements mentor since February 2020. I hope my experience can inspire others to join this rewarding and impactful programme. Here goes nothing…

Getting to know “N”, my mentee

I have been mentoring an extremely smart, compassionate, considerate, articulate and kind young man (let’s call him N) for a total of 14 months, with a 6-month break in the middle due to COVID restrictions. In my first two meetings, I could not understand why he was in the Positive Placements programme. I wish I could have been as articulate and honest as he was at his age. But, as our time together progressed, I got a view into his world, he suffered from some prominent social and emotional challenges. At times, he experienced all-encompassing, world-shattering, anxiety-induced terrors that kept him trapped in his room for multiple days at a time. N has autism, and from a young age, the world was, and still is, very overwhelming to him in many ways. From his perspective, the people around him, from his family to his secondary teachers, didn’t understand his struggles and attached loads of excruciating and heart-wrenching labels on him as well as physical violence and cruelty. Those experiences combined with his autism resulted in him having very low self-esteem and a number of struggles throughout his life.

“I wish I could have been as articulate and honest as he was at his age. But, as our time together progressed, I got a view into his world, he suffered from some prominent social and emotional challenges.”

My Role as a Mentor

It is difficult to wrap up my role as a mentor in a few lines, but I think the following highlight the key aspects of what I have brought to our partnership.

• Being a positive sounding board – N has a really negative internal voice that makes him doubt and at the very least meticulously analyse his social interactions. Much of my role was listening to him explain different social situations he had, and almost always provide positive affirmation that he had behaved in a ‘normal’ way. One thing I helped him with was building a positive memory bank as a foundation for handling future stresses. Whenever he has positive interactions or makes positive steps in his life, I suggested that he use these positive memories as evidence that he can get through a stressful situation. These reminders can counterbalance the anxiety-inducing thoughts. This is something we touch on about once a month.

• Professional and daily-life coach – Some of our discussions were focused on becoming a professional, but a lot of them were around getting familiar with life skills such as grocery shopping, cooking, budgeting, phone/video calls, and volunteering. We would talk through scenarios, and practice situations if we could, including job interview questions.

• Being present and consistent – We’ve met nearly every week virtually or in-person when we could, and the meeting routine is steady – check in, talk about any tough stuff, end with a fun chat. I believe he appreciates my reliable presence.

What my mentee taught me

• N expanded my sphere of acceptance – I like to imagine that everyone in the world has a mental sphere around them. If another person is within the boundary of that sphere, they are generally trusted, understood, empathized with, and overall accepted. Those that are outside the sphere don’t receive those automatic luxuries that those in the sphere do. Some individuals’ spheres are small, for example they only accept those that are like them in ethnicity, nationality, socio-economic status, worldview, etc… In my opinion, the key way to expand my own sphere of acceptance is to truly get to know people that are outside it, and then the next thing I know, my sphere is bigger than it used to be. In this case, I had never truly known someone with autism, and though I would have considered myself accepting of autistic people, I realized through my conversations with him, that I had some unconscious biases that needed modified. I can easily say that my time with him has expanded my sphere of acceptance, and for that, I’m eternally grateful.

• N reminds me that the world isn’t all about me – One of the greatest things for me about being a mentor, is that for one hour a week, I am forced to let go of my thoughts, worries, and internal narrative, and truly listen and focus on another person’s life. Like a lot of people during the start of the pandemic, my life was in turmoil. I can’t tell you how healing and refreshing it was, and still is, to put my mentor hat on, and be intent on listening to another person’s world. I now view it as a gift each week. Yay!

• N helped me get better at holding space for truly honest and enjoyable conversations – As I write this, N just told me yesterday, that his “goal is to get people and society as a whole to focus on others’ abilities, rather than their disabilities”. How beautiful is that? One of his strongest attributes is his honesty and his strength to show and explain his vulnerabilities. I have tried to emulate that in my personal and professional life. Sometimes it works brilliantly, sometimes less so, but in the end, honest conversations embody the person I would like to be. His lack of inhibition also allows him to jump into his passions 110%, which conveniently align with one of mine – sci-fi fantasy books, movies and tv series. We completely nerd-out. It is wonderful to feel that sense of freedom to dive into your inner child and imagination within those worlds.

“One of his strongest attributes is his honesty and his strength to show and explain his vulnerabilities. I have tried to emulate that in my personal and professional life.”

His progress over the last 1.5 years

N has grown leaps and bounds since our first meeting. He has accomplished two of his life-long goals, 1) getting his dream job at an organisation that supports autism and mental health, and 2) moving out of supported accommodation. He has also completed three levels of counsellor training, travelled outside the UK for the first time, and is slowly growing his friendship and social networks. Most importantly, his confidence has grown immensely, to the point where he walks differently, stands straighter, and smiles all the time. I am very proud of him, but sometimes I am not sure who is mentoring who.”